How marriage and mercury humbled me 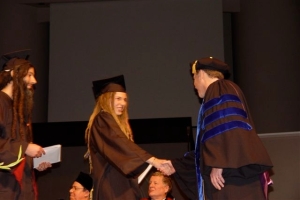 My college graduation in 2005

Those are the things that impress and I have done them all. I’ve appeared on radio shows and participated in debates and usually walked away impressing people. I could win arguments and outsmart my opponents. I was proud of my intelligence, quick wits, and sharp memory. Until I was humbled.

It was on a golden October night when I curled under my German down comforter engulfed in the scent of my mother’s favorite laundry soap. With all the warmth of my family and my home I felt cold and torn as the silence on the phone gave way to a harsh whisper “I have earned the right to be with other women”. Endless tortured nights trying to figure out how to “fix it”, to decipher what had gone wrong, find a way to save my marriage amounted to nothing. Two months later he handed me divorce papers.

I nearly lost my sanity. At the peak of my struggle I crawled around the floor drawing circles on tiles, trying to convince myself that if I could just crawl into a circle, I would be safe. My mind had carried me through college and earned me much admiration and respect and now I would have gladly lost it in exchange for a little hope and comfort.

I had to admit that, intellectual superiority aside, I had been rendered a fool by years of manipulation and control. After my abusive marriage ended, I stopped debating and focused on listening. What was there to hear beyond reason?

As I shed layers of trauma my mind became clearer and memories sharper. And I paid library late fees for the first time in my list. I forgot to show up to appointments. I couldn’t solve math problems anymore. Intellectual conversations were beyond me. I lived in a constant state of fog. Eventually I got tested and found that I had mercury poisoning.

Being kind and patient became a struggle even under the most simple challenges. You were five minutes late picking me up? Certainly a cause for rage involving the destruction of nearby objects. It would take all of my brain power to reduce my violent feelings to a rude remark. I learned that no matter how smart, my mind was not the only thing controlling my body and my actions. Sometimes I just couldn’t reason myself out of the heavy fog.

As I reluctantly let go of reason as my most highly prized possession, a new door opened and wisdom stepped into my life. I don’t know if there is a way to find wisdom without suffering, I certainly haven’t. Knowledge is fascinating and I love learning new things and entering back into intellectual dialogue. But wisdom is a rare find and when I see glimpses, I pursue her. 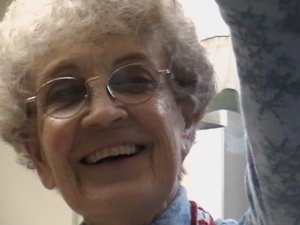 My grandma from whom I learned a lot and whose name I proudly bear.

Wisdom is why I am drawn to the elders. In a culture where old age is looked down upon, we are in desperate need of the wisdom of our elders. Listening to the little old lady and the heartbreaks she has been through. Asking the quiet old man what he knows. Watching a grandmother’s expression as she indulges young people arguing. Following the distant gaze of a grandfather seeing the world through wizened eyes.

As a born-again Christian minister I set out to convert Pagans. But through years of traveling and studying I became alienated from fundamentalism and found a new home in Witchcraft. Today I celebrate being born again and again, a lifelong cycle of transformation. A few years ago I founded an intentional Pagan community in California and am now in the process of networking and building an eco village. I love getting out into nature. During rainy seasons I am an avid mushroom hunter, in the summer I enjoy hiking, swimming, camping, and playing music around campfires. When I am not busy doing interfaith work or volunteering for too many events, I spend a lot of time studying and writing about religion. My writing can be found at Cross and Pentacle on www.pagansquare.com and I write as the Born Again Witch on the Pagan channel at www.Patheos.com.
View all posts by Annika Mongan →
This entry was posted in religion and tagged elders, humility, mind, reason, wisdom. Bookmark the permalink.

2 Responses to How marriage and mercury humbled me